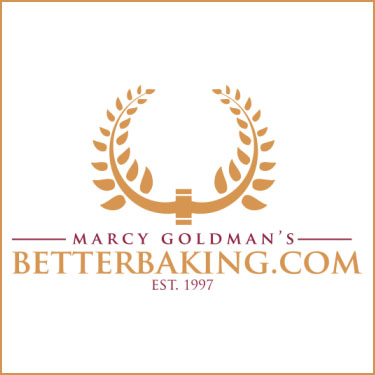 Launched in 1997, BetterBaking.com began as a modest idea for a two-page home baking website primarily conceived to promote my first cookbook, A Treasury of Jewish Holiday Baking. However, it quickly evolved into a full-scale, unique, original baking magazine that showcases my original recipes, baking techniques, as well as features on contemporary life and lifestyle, profiles on products and ingredients, and book reviews.

Over 20,000 people visit BB each month, mostly from the U.S. and Canada (where I reside) and from all over the world. Sometimes my visitors teach me new things and the global tastes of BB reflect that amazing and rich interchange.

Betterbaking.com features a vital, vetted data base of over 2500 original Betterbaking.com/Marcy Goldman recipes. Now, almost two decades later, it remains a unique and independent baking voice on the Internet.